Get system date/time and display in formatted form 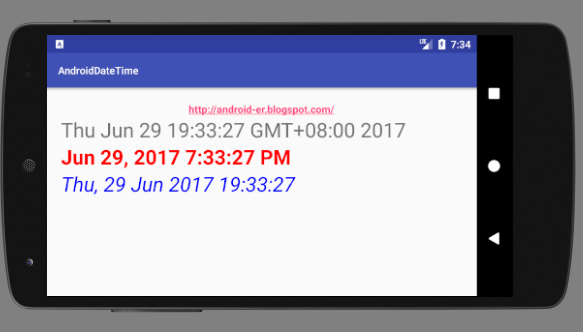 android.support.v4.widget.ContentLoadingProgressBar is subclass of ProgressBar. That waits a minimum time to be dismissed before showing. Once visible, the progress bar will be visible for a minimum amount of time to avoid "flashes" in the UI when an event could take a largely variable time to complete (from none, to a user perceivable amount).

I TRY to use it in this exercise. To display and hide it by calling its show() and hide() methods. By calling show(), show the progress view after waiting for a minimum delay. If during that time, hide() is called, the view is never made visible.

But the problem is: once ContentLoadingProgressBar no shown once, it will not be shown again! I don't is it normal behavior, or anything wrong.


Here is my exercise:

~ Examples of ProgressBar and AsyncTask

Example to use ProgressBar with SecondaryProgress

Next:
- Custom ProgressBar with SecondaryProgress

This example show how to add android.support.v7.widget.Toolbar to layout and add ProgressBar to the ToolBar.


New a project of empty activity in Android Studio.

Refer to the above video, add a ToolBar to the layout, and add a ProgressBar to the ToolBar, using Android Studio's graphical design tool. 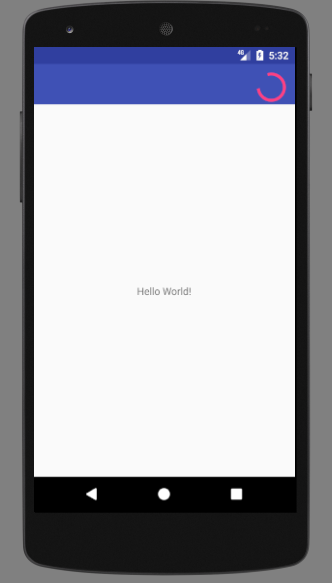 To replace the indeterminate ProgressBar to Horizontal Progress Bar, edit res/layout/activity_main.xml. (maybe you want to set android:visibility="gone" as in progressBarStyle, depends on your case) 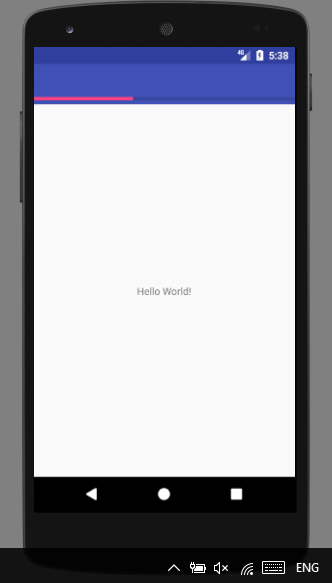 
To implement our custom ProgressBar, create a drawable xml under /res/drawable/.

Examples of ProgressBar and AsyncTask

Email ThisBlogThis!Share to TwitterShare to FacebookShare to Pinterest
label: how to, Ubuntu 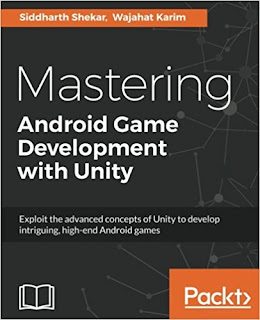 Create enthralling Android games with Unity Faster Than Ever Before

About This Book
Who This Book Is For
If you are a Unity 5 developer and want to expand your knowledge of Unity 5 to create high-end complex Android games, then this book is for you. Readers are expected to have a basic understanding of Unity 5, working with its environment, and its basic concepts.

What You Will Learn
In Detail
Game engines such as Unity are the power-tools behind the games we know and love. Unity is one of the most widely-used and best loved packages for game development and is used by everyone, from hobbyists to large studios, to create games and interactive experiences for the Web, desktop, mobile, and console. With Unity's intuitive, easy-to-learn toolset and this book, it's never been easier to become a game developer.

You will begin with the basic concepts of Android game development, a brief history of Android games, the building blocks of Android games in Unity 5, and the basic flow of games. You will configure an empty project for the Jetpack Joyride Clone Game, add an environment and characters, and control them. Next you will walk through topics such as particle systems, camera management, prefabs, animations, triggers, colliders, and basic GUI systems. You will then cover the basic setup for 3D action fighting games, importing models, textures and controlling them with a virtual on-screen joystick. Later you will set up Scene for 3D Configuration, create basic gameplays, and manage input controls. Next you will learn to create the interface for the main menu, gameplay, game over, achievements, and high score screens. Finally you will polish your game with stats, sounds, and Social Networking, followed by testing the game on Android devices and then publishing it on Google Play, Amazon, and OUYA Stores.

Style and approach
A step-by-step and detailed guide to developing high-end complex Android games utilizing the advanced concepts of Unity.

- Create a Android Project in Android Studio as as usually, with minSdkVersion of 14 or higher. We need the Package Names in the next step.

- Visit reCAPTCHA Android signup site, fill in the blanks to get your Site key and Secret key. (Get your own, I will delete my keys after the samples finished.) Copy the keys to your program as String.

- Open SDK Manager in Android Studio, make sure you include Google Repository in your SDK Tools.

This video show how to:

reCAPTCHA Android API is included with Google SafetyNet, which provides services like device attestation and safe browsing to protect mobile apps. Mobile developers can do both the device and user attestations in the same API to mitigate security risks of their apps more efficiently. This adds to the diversity of security protections on Android: Google Play Protect to monitor for potentially harmful applications, device encryption, and regular security updates. Visit the site to learn more about how to integrate with the reCAPTCHA Android API, and keep an eye out for iOS library. 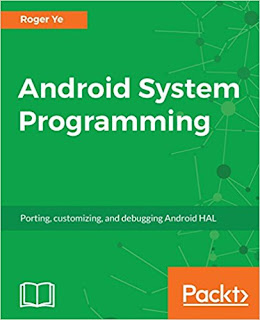 Key Features
Book Description
Android system programming involves both hardware and software knowledge to work on system level programming. The developers need to use various techniques to debug the different components in the target devices. With all the challenges, you usually have a deep learning curve to master relevant knowledge in this area. This book will not only give you the key knowledge you need to understand Android system programming, but will also prepare you as you get hands-on with projects and gain debugging skills that you can use in your future projects.

You will start by exploring the basic setup of AOSP, and building and testing an emulator image. In the first project, you will learn how to customize and extend the Android emulator. Then you'll move on to the real challenge―building your own Android system on VirtualBox. You'll see how to debug the init process, resolve the bootloader issue, and enable various hardware interfaces. When you have a complete system, you will learn how to patch and upgrade it through recovery. Throughout the book, you will get to know useful tips on how to integrate and reuse existing open source projects such as LineageOS (CyanogenMod), Android-x86, Xposed, and GApps in your own system.

Android announced full support for the Kotlin language at Google I/O along with an increased commitment to both the Java programming language and C++. This video interviewed key stakeholders involved with the decision from both Google and Jetbrains to help understand why this decision was made and what it means to the Android developer community.

Life is Great and Everything Will Be Ok, Kotlin is Here (Google I/O '17)
In the first part of this talk, Jake will cover advancing the usage and design patterns of the language for Android development to solve larger problems. In the second part, Christina will share her experience using Kotlin in production, from mistakes to successes, and help you answer questions your team/company might ask about adopting it. 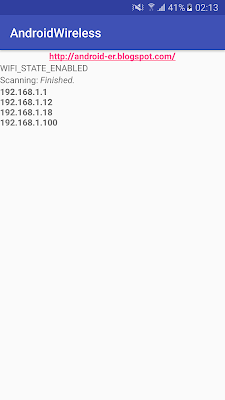 Get ssid of connected network and my IP address

uses-permission of "android.permission.ACCESS_WIFI_STATE" is needed in AndroidManifest.xml.

Refer to Android 6.0 Changes - Access to Hardware Identifier:
To provide users with greater data protection, starting in this release, Android removes programmatic access to the device’s local hardware identifier for apps using the Wi-Fi and Bluetooth APIs. The WifiInfo.getMacAddress() and the BluetoothAdapter.getAddress() methods now return a constant value of 02:00:00:00:00:00. 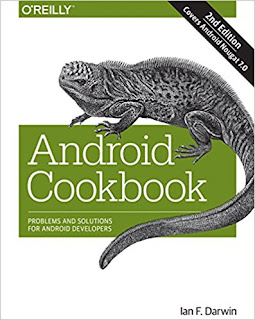 Jump in and build working Android apps with the help of more than 230 tested recipes. The second edition of this acclaimed cookbook includes recipes for working with user interfaces, multitouch gestures, location awareness, web services, and specific device features such as the phone, camera, and accelerometer. You also get useful info on packaging your app for the Google Play Market.

Ideal for developers familiar with Java, Android basics, and the Java SE API, this book features recipes contributed by more than three dozen Android developers. Each recipe provides a clear solution and sample code you can use in your project right away. Among numerous topics, this cookbook helps you:


by： Erik No comments: