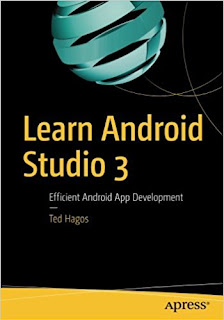 Along the way, you’ll use Android Studio to develop Java-based Android apps, tier by tier through practical examples. These examples cover core Android topics such as notifications and toast; intents and broadcast receivers; and services. Then, you’ll learn how to publish your apps and sell them online and in the Google Play store.

What You'll Learn
Who This Book Is For